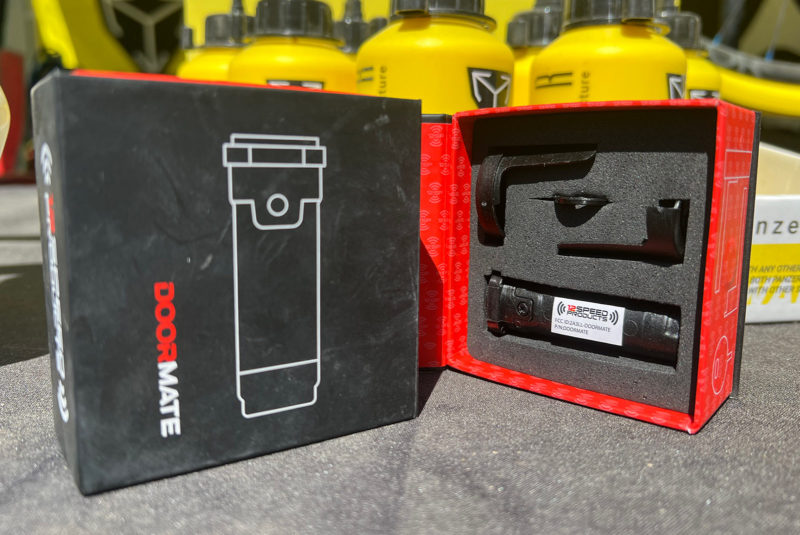 Support us! BikeRumor may earn a small commission from affiliate links in this article. Learn more.

For years I’ve asked cycling computer brands to add a button that opens my garage, to no avail. Now, finally, someone’s put that button on the bike, and the form factor couldn’t be better.

The new 12speed Doormate is a universal garage door remote bar-end plug that fits into the end of a handlebar. It’s just 16g and $40, and it works. 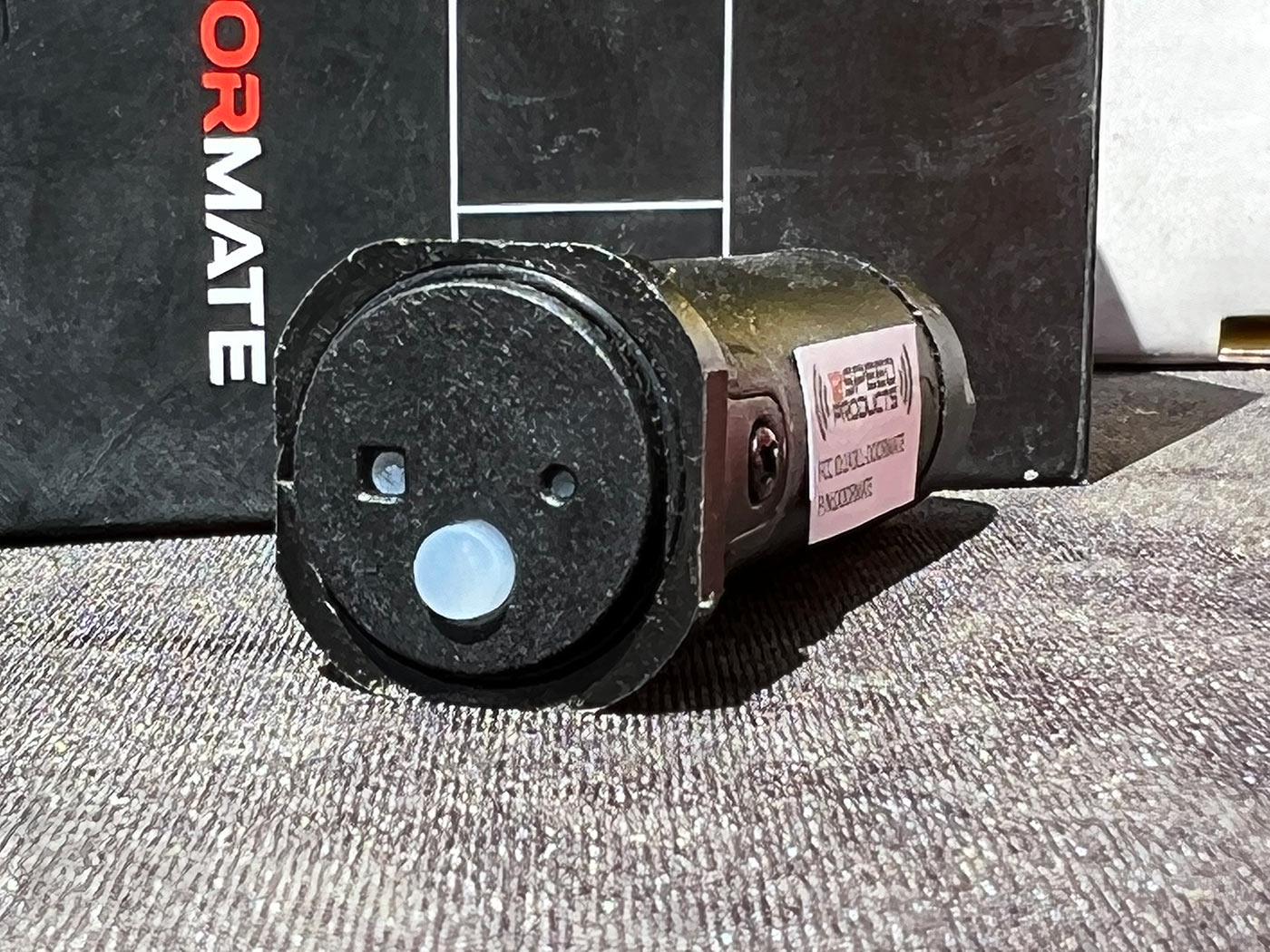 While the design looks simple, they say it took quite a bit of development to give it adequate range while tucked inside alloy or carbon handlebars, which apparently like to block signals.

Not only were they able to get it up to 50ft, but they also made it IP65 water resistant and it has more than a year of battery life from an A27 battery…with multiple activations per day. So, likely much longer with more limited use. And that’s good, because you do have to remove your bar tape to pull it out.

I taped a bit of bar tape to the top and bottom to give it a firmer fit inside my Coefficient carbon handlebar.

We brought one home from Sea Otter and installed it, and while it’s annoying to think you’ll have to rewrap your bars when the battery dies, that fact is a security feature.

Once slid into the bar, an upper and lower shell (not shown on install photos) use double-stick tape to attach to the exterior of the bar and trap the remote inside. Once you wrap the roll bar tape over that, it secures the device so that someone can’t just pull it out (and it won’t rattle loose over rough terrain). 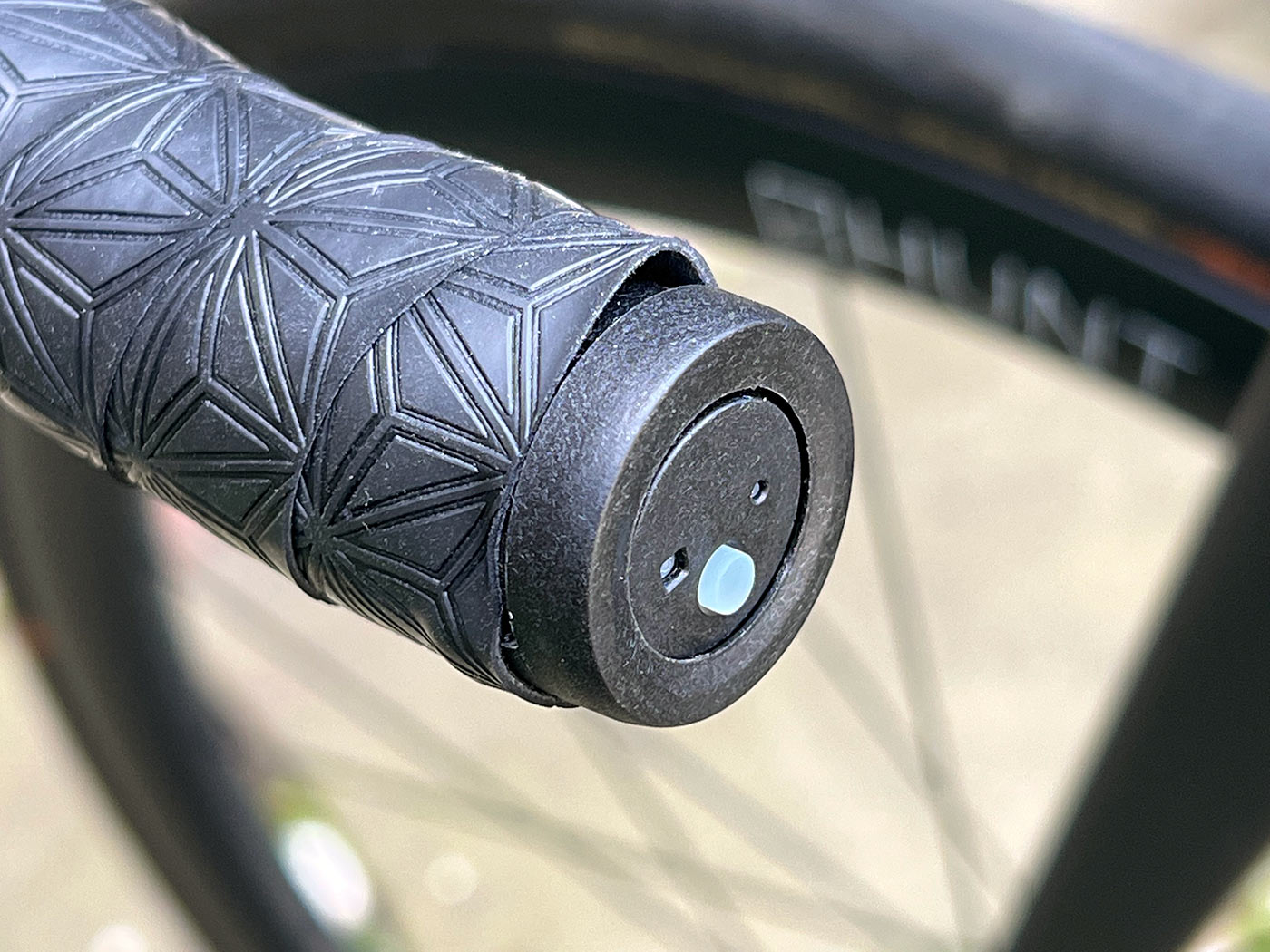 The end result is a clean look that resembles a Di2 junction port, but with a tiny button to activate your garage door. It works with most common brands of garage door openers (Chamberlain, Genie, Linear, and Billion Code), and it took me all of two minutes to pair it and get it working. 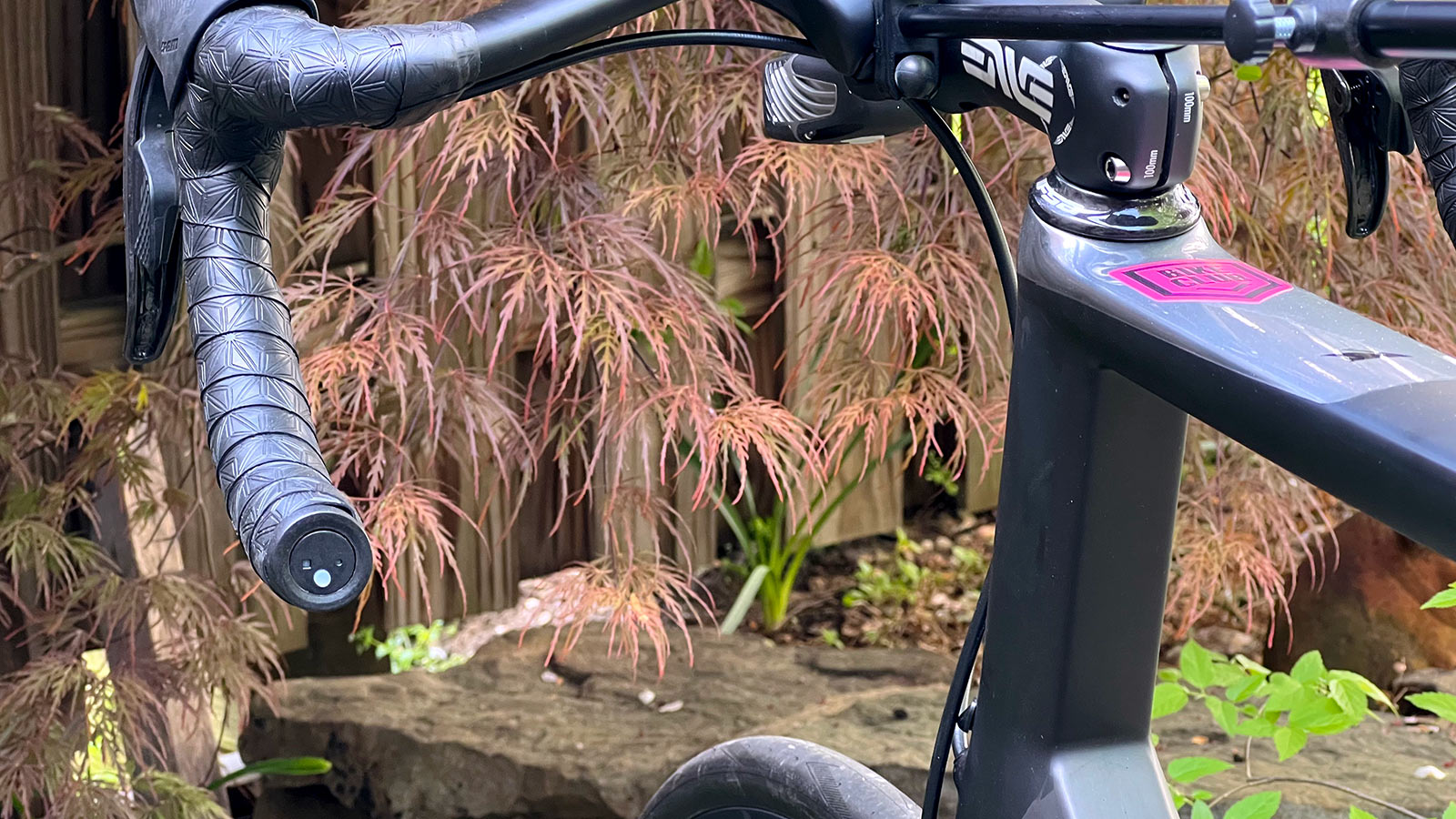 The project launched earlier this year on Kickstarter and crushed their campaign. It’s now available to order direct from their website.

Tyler Benedict is the Founder of Bikerumor.com. He has been writing about the latest bikes, components, and cycling technology for 14 years. Prior to that, Tyler launched and built multiple sports nutrition brands and consumer goods companies, mostly as an excuse to travel to killer riding locations throughout North America.

Based in North Carolina, Tyler loves finding new travel adventures to share with his family and is always on the lookout for the next shiny new part to make his bikes faster and lighter. And, he’s totally gone down the NFT rabbit hole.

This site uses Akismet to reduce spam. Learn how your comment data is processed.

Interesting. Using a small universal remote, I have just stuck it on the bottom of my saddle with Velcro. Has been there for many years and easy to reach, hidden.

Thanks Scott, must be a fellow PLEB

You could buy a keypad for your garage door or get the wifi connection and use your phone. When the batteries die you can still change your bar tape if you want to.

Now you can get your bike stolen at the coffee shop and come home to an empty house.

How would they know your address

Needs to be portable between bikes or it’s a no go.

I think it’s fantastic that someone has applied a use specifically for cyclists. Well done

12spd? Price is not terrible, but you could find a small remote that you can put in a jersey pocket for a fraction of that price. Me, I just use the keypad that is already there.

As much as this is handy and convenient, it’s also a potential security threat. Any security expert will tell you to never leave garage door openers or gate fobs inside a vehicle. Now this problem has been extended from cars to bicycles. A better way to implement this would be to put a small thumbprint reader on the end of the device, so there’s at least some authentication before a code can be broadcasted.

Rondo RATT, all-new all-road bike splits difference between road & gravel, with the best of both

Review: RedShift Arclight Pedals Automatically Light Up to Be Safe and Get Seen!